But satan and the kingdom of darkness also have an objective when it comes to believers. They use the agents of the world and the OSN to carry out their wicked plans.

Their objective is to prevent the Lord Jesus Christ from being glorified by the Church.

There is ALSO a constant, deceptive force at work on believers - trying to break up the unity of the Church, Jude 1:17-19.

Jude 1:19 These are the ones who cause divisions, worldly-minded, devoid of the Spirit.

The unity that Paul talks about in the book of Ephesians is a unity produced entirely by God.

John 17:20-23  tells us that the essential character of the unity in the church is comparable to the unity that exists between the Father and the Son!

The mystical union that exists between the three persons of the Trinity is aa unity of essence.  Three persons, one essence. 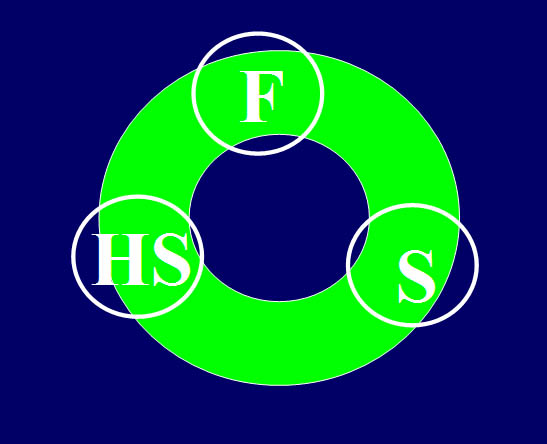 The unity of the church too must involve this same unity of essence.

This unity is essentially spiritual, and it is brought into existence by the operation of the Holy Spirit.

Believers are never asked to produce this unity -  but only to keep it, to maintain it, to guard it and care for it.

There is the positional aspect of this unity, and it is brought into existence by the first five  ministries of the Holy Spirit at salvation:

The experiential aspect of this unity is sustained by final two ministries of the Spirit at salvation:6. Distribute Spiritual Gifts7. The Filling of the Spirit
Watch Video † Watch Video Download MP3 PDF of Study Notes
Support This Ministry