Our country is in trouble.

One cross, 6 hours, and He destroyed the whole root system of sin and death and evil and satan.

"If God doesn't come soon and bring judgment upon the United States, He's going to have to apologize to Sodom and Gomorrah!"

Why did the Lord destroy Sodom and Gomorrah?

LEV 18:22 ' You shall not lie with a male as one lies with a female; it is an abomination.

If there had been 10 righteous people (believers) in Sodom, the Lord would not have destroyed it, GEN 18:32.

EZE 16:49-50  “Behold, this was the guilt of your sister Sodom: she and her daughters had arrogance, abundant food and careless ease, but she did not help the poor and needy.

EZE 16:50 50 “Thus they were haughty and committed abominations before Me. Therefore I removed them when I saw it.”

What, according to the Bible,  is an abomination to the Lord?

Prov 6:16-1916 There are six things which the Lord hates,Yes, seven which are an abomination to Him:
17  Haughty eyes, a lying tongue,
PRO 6:16-19And hands that shed innocent blood,
18 A heart that devises wicked plans, Feet that run rapidly to evil,

PRO 6:16-1919 A false witness who utters lies,And one who spreads strife among brothers.

2. Idolatry and the worship of false gods, witchcraft, worshipping the sun or moon.
3. Child sacrifice / Sacrificing to the “queen of heaven”.

10. Injustice: oppressing the poor, the needy,  the alien, the widow and the orphan.

IDOLATRY - The worship of false gods

“God gave them over”

The behaviors are a RESULT of something else - the root cause.

ROM 1:28 And just as they did not see fit to acknowledge God any longer,

ROM 1:25  For they exchanged the truth of God for a lie, and worshiped and served the creature rather than the Creator,
It starts with what the worship in the nation is like.

ROM 1:21 For even though they knew God, they did not honor Him as God or give thanks

Refusing to believe in, obey, or serve the Living God, the God of the Bible, the God and Father of our Lord Jesus Christ.

We were all in this condition before God saved us by grace through faith, not of works, lest ANY MAN should boast!

Proclaim the Good News about our Lord Jesus Christ the Son of God who was born of a virgin,
died for our sins, and rose from the dead.

1CO 1:18 For the word of the cross is foolishness to those who are perishing,
but to us who are being saved it is the power of God. 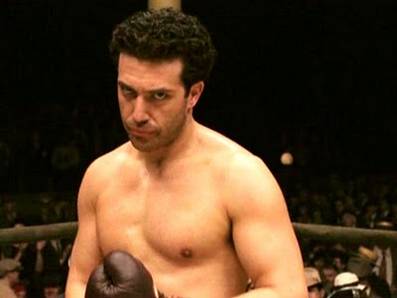 LAM 3:21-22 This I recall to my mind,Therefore I have hope.
22 The Lord's  lovingkindnesses indeed never cease,
The Lord’s Supper
Lighthouse Bible Church
Sunday,July 3, 2011


“Truly I say to you, today you shall be with Me in Paradise.”


One of the thieves became observant and "repented" - that is, he completely changed his attitude.

This encounter that the dying thieves had with our Lord Jesus Christ is an amazing,
vivid picture of what salvation is all about.

1. This thief feared or respected God.

3. He accepted his punishment as deserved.
He was humble before God.
He acknowledged the fact that a just God must judge and punish sin.

Our Lord Jesus Christ was paying the price for the sins of the entire world. He was being judged for our sins.

4. This thief recognized and declared the righteousness of Christ.

5. This thief acknowledged the deity of Christ. He honors Jesus as the king, the Lord.  He believes all of the claims Jesus had made about Himself.
This is the Messiah, the Son of God.

6. He believed in the Lord Jesus Christ as His Savior, as He cried out for salvation: “Jesus, remember me when You come in Your kingdom.”

7. He believed in the resurrection of Jesus Christ.

HEB 7:25“ Therefore He is able also to save forever those who draw near to God through Him, since He always lives to make intercession for them.”

This thief could do absolutely nothing for salvation except believe on the Lord.

He turned to the Lord Jesus Christ for help, and he went to exactly the right Person!

Our Lord was a friend of the tax collectors and sinners,
and He came to call sinners not the righteous.
So it was a convicted felon that our Lord associated with last while alive.

EPH 2:8-9 “By grace you have been saved through faith; and that not of yourselves, it is the gift of God; not as a result of works, so that no one may boast.”

This thief also reminds us of the doctrine of eternal security.

Our Lord was occupied with giving assurance of salvation to this thief.

The Lord Jesus responded to this statement of faith by promising him a place in Paradise or Abraham's Bosom, the abode of all Old Testament saints.

JOH 3:36 “He who believes in the Son has eternal life; but he who does not obey the Son shall not see life, but the wrath of God abides on him.”
Watch Video † Watch Video Download MP3 PDF of Study Notes
Support This Ministry