…so that the Holy Spirit might manifest Himself in effective service for the benefit of the Royal Family, ending up with God the Father being glorified through our Lord Jesus Christ.

Discernment from spiritual growth is part of being equipped to function effectively in your spiritual gift.

Discernment is the skill in separating divine truth from error and half truth.

Discernment is the ability to consistently and successfully identify thoughts, teachings, teachers, situations and people…

… according to whether they are sent from God or from the kingdom of darkness (the sin nature, the world system, or fallen angels).

Discernment
is the skill of distinguishing between what is from God and what isn’t.

MAT 10:16
“Behold, I send you out as sheep in the midst of wolves; so be shrewd as serpents and innocent as doves.”

The lie here is not just the fact that they could never be as God is.

It consisted in rejecting God and His purpose for them.

Sin is self-centered living and action on the part of a creature who is by creation designed to be wholly centered in God.

Sin and evil originated inside the soul of one angel.

REV 12:9
And the great dragon was thrown down, the serpent of old who is called the devil and Satan, who deceives the whole world;

2CO 2:11
so that no advantage would be taken of us by Satan, for we are not ignorant of his schemes.

His undertakings and ideas are wholly evil because they are all completely opposed to God.

satan is also the living personification of deception, JOH 8:44.

In fact the very first sin was a thought.

The Bible tells us that angelic sin is along the lines of three closely related evils:

This captures the essential character of satan.

1TI 3:6 tells us that satan’s primary sin was pride.

τυΦόω
aor-pass -part of tuphoo
to envelop with smoke, i.e. (figuratively) to inflate with self-conceit

tupho
[a primary verb];
to make a smoke, i.e. slowly consume without flame

to puff up with pride, render insolent;
passive, to be puffed up with haughtiness or pride, 1TI 3:6

to blind with pride or conceit, to render foolish or stupid: 1TI 6:4

the process of burning slowly, with accompanying smoke and relatively little glow - “to smolder, to flicker”.

to be so arrogant as to be practically demented - 'to be insanely arrogant, to be extremely proud, to be very arrogant.'

It is very dangerous for creatures to spend too much time admiring themselves, or in fact keeping your eyes on yourself for any reason!

We were created to bring glory to God.

Our eyes are supposed to be on the Lord Jesus Christ. 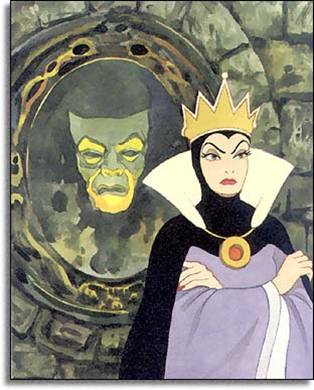 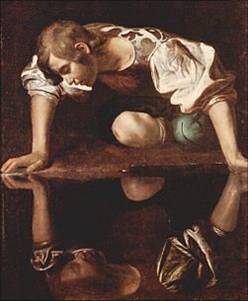 We can’t handle too much self-reference as it were. We fry our circuits.

JER 13:23
" Can the Ethiopian change his skin
Or the leopard his spots?
Then you also can do good
Who are accustomed to doing evil.

satan was the most wonderful, powerful, intelligent, beautiful creature ever to come forth from the hand of God.

Satan was given the job of protecting the throne of the Lord Jesus Christ.

EZE 28:15
“You were blameless in your ways
From the day you were created
Until unrighteousness was found in you.”

The suggestion is that a secret sin was uncovered.

PSA 90:8
You have placed our iniquities before You,
Our secret sins in the light of Your presence.

EZE 28:17
Your heart was lifted up because of your beauty;
You corrupted your wisdom by reason of your splendor.

Satan goes from the stones of fire, to a smoldering soul, to, one day in the future, the Lake of Fire.

By the degenerating power of sin, satan, like Adam, became an entirely different being from that which God created.

He is using his abilities for evil.
His great intellect is dedicated to churning out lies, deceptions, snares, and wiles.

When blinded by pride, the creature can end up undertaking the very opposite line of action from that which God’s perfect plan ordained.

God intended our spiritual gift for others ,but pride will try to exploit it for selfish gain.

1. The root sin is ferocious pride.

2. Pride by its nature is a slow burning, consuming fire that corrupts blessings from God.

3. One of the biggest signs that a person is proud is that he or she has no respect for the authorities in his or her life.

4. Pride makes creatures blind and stupid, and if left unchecked, eventually it drives them to insanity.

5. Pride is a secret sin and the arrogant person will usually attempt to disguise his arrogance to look like something good.

6. God sees all of our secret sins.