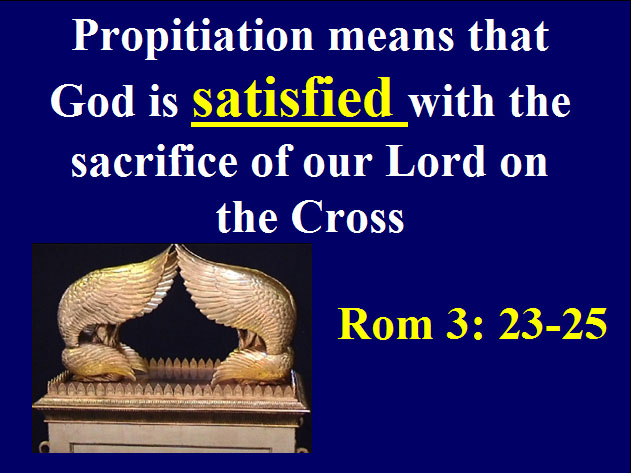 But now, at the cross, God’s righteousness is shown publicly.

All access to the Holy of Holies is based on the work of Christ on the cross.

JOH 3:36
"He who believes in the Son has eternal life; but he who does not obey [refuses to place His trust in] the Son will not see life, but the wrath of God abides on him."

It is to the holiness of God that we must look for the necessity of propitiation.

Propitiation does not so much indicate that God is offended, but rather that God is holy and cannot be approached by sinful creatures without a remedy.

We have these two results of Christ’s death:
(1) toward God
(2) toward sinners

It is of
first importance that God should be glorified
where sin had so dishonored Him.

We need to train our spiritual eyes to see the cross as first of all glorifying God!

The blood of Christ witnesses at once the infinite holiness and righteousness of God, and also His fathomless love and grace.

In fact, the blood of Christ reconciled the love of God and the holiness of God when it came to the problem of sinful man.

God’s character and nature do not change. The cross is the deepest witness of all to that fact.

God isn’t gracious to us because He swept our sins under the rug. They were imputed to Christ and judged.

Now the justice of God can provide blessing without compromising any attribute of
divine essence.

ROM 3:25-26 says that Jesus Christ was
publicly displayed as the mercy seat, the place of the propitiation (or satisfaction) of
God’s justice.

The Greek word for “propitiation” here in verse 25 is hilasterion.
Hilasterion means the place of propitiation, the mercy seat.

Here in HEB 9:5, hilasterion clearly refers to the mercy seat, the golden cover for the Ark of the Covenant. 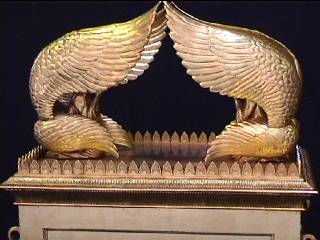 It chiefly refers to the mercy seat of the Ark of the Covenant. This was the golden cover of the sacred chest in the Tabernacle or temple. 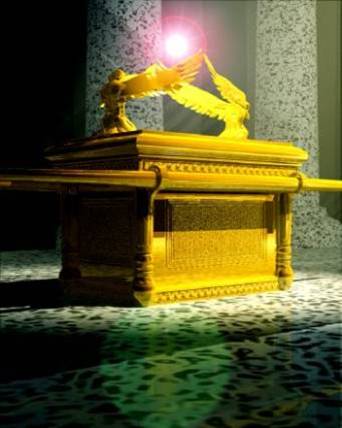 The two cherubs of gold represent the righteousness and justice of the integrity of God.

The righteousness and justice of God saw the blood of the animal covering the mercy seat, and it represented the finished work of Christ on the cross.

ROM 3:25-26 says that Jesus Christ was
publicly displayed as the mercy seat, the place of the propitiation (or satisfaction) of
God’s justice.

The place where we are to meet with God is through the Person of Jesus Christ, our Mercy Seat. He is the Mediator between God and man (1TI 2:5).

The Greek noun hilasmos
refers to the sin offering itself. It means the propitiatory sacrifice, the means of propitiation, the One who makes propitiation.

The Lord Jesus Christ is also the propitiatory sacrifice itself.
His blood is the means by which propitiation is accomplished.