Reconciliation is the removal of the barrier that separated God from man and prevented man from approaching God.

All the work of Christ on the cross that involves getting rid of negative things was done on behalf of all people in the world.

All of the work that involves giving positive things is done only for believers.

It is a complete and thorough change accomplished by the actual removal of the cause of enmity, so making reconciliation. [Chafer]

On the basis of these accomplishments by Christ in His blood, God the Father issued a peace treaty meant for the entire world.

All that constituted the cause of the enmity has actually been removed by the death of Christ on the cross, and that for all mankind.

The Lord Jesus Christ died for all men at the cross. This is the doctrine of the unlimited atonement.

That means that the bondage of sin has been actually removed for all men on account of the blood of Christ.

The penalty of sin has been actually removed for all men on account of the blood of Christ.

The justice and righteousness of God have actually been completely satisfied for all time with regard to all men, again by the virtue of the death of Christ on the cross.

From 1 Cor 5:14-21, we conclude that there is a two-fold aspect of reconciliation.

1. That which God has already accomplished in Christ: He has thoroughly changed the relation of the whole world to Himself, so that He does not charge their trespasses to them.

2. A reconciliation for which we may appeal to the unbeliever and which must take place in the attitude of the unsaved individual through the revelation given to him in the Gospel.

Christ through His death wipes out the negative power of death: sin, the penalty of sin, and the condemnation of God.

On the resurrection side of the cross, we find only things that have life in them!

3. Permanent union with Christ who is our life

God the Father ratified the peace treaty by raising His Son from the dead; HEB 13:20. 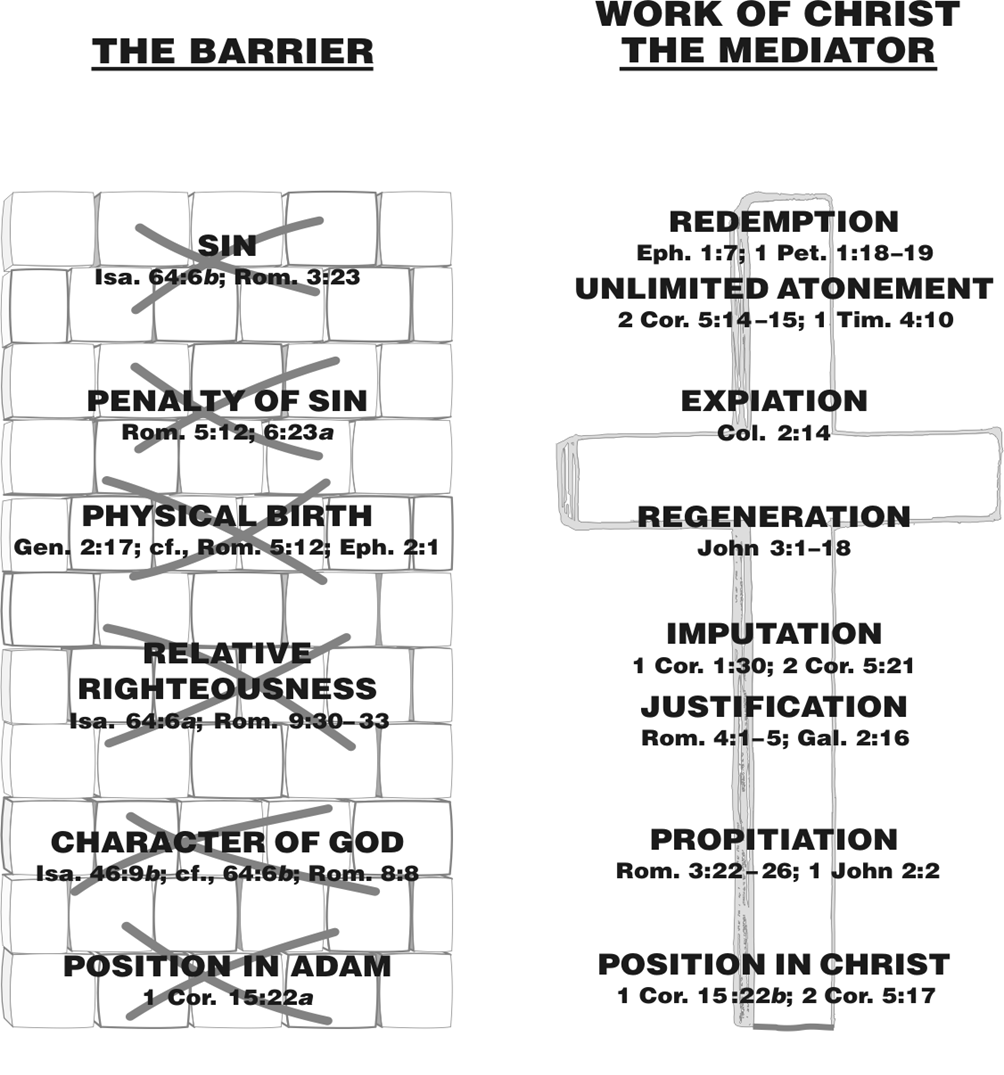 ROM 3:23
for all have sinned and fall short of the glory of God,

2. The penalty for sin is spiritual death.

ROM 6:23
For the wages of sin is death, but the free gift of God is eternal life in Christ Jesus our Lord.

3. The character of God demands that all of our personal sins be judged.