Four friends of a man who could not help himself.

Four friends of a man who could not help himself.

Welcome to our first Evangelism Sunday.

Some of the greatest wisdom on the subject of evangelism is found in the Gospels.

“I am overwhelmingly convinced that the gospel spreads most effectively across an existing network of trust relationships: friends, relatives, associates, neighbors.” 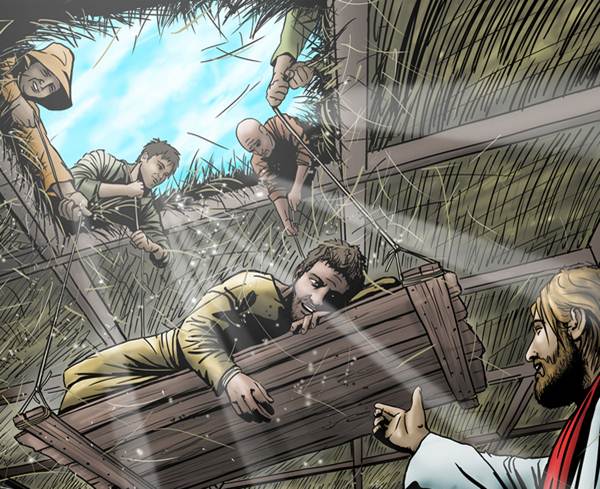 Today we are going to meet four evangelists.

They simply started out as friends of a man who could not help himself.

Even though we are only in chapter 2, already the word had gotten out that Jesus was an amazing healer.

Jesus told the paralytic his sins were forgiven.

Why did Jesus heal this man?

So that the teachers of the law would know that Jesus has authority on earth to forgive sins.

Do you think these four friends brought their paralyzed friend to Jesus that day to get his sins forgiven?

Perhaps it was simply, “Let’s bring him to Jesus. He will help him. Something good will happen.”

1. You will find yourself exercising COMPASSION for your friend.

Compassion for someone you care about who can’t help himself or herself.

It’s like they are caught in a spider’s web.

You feel for her, and you want to help - your heart goes out to her.

And you just know that if Jesus got to them, He would heal them, and get them free of that web, whatever it is.

Do you remember a time when you had a friend who was in a web and you broke through to tell him or her about Christ?

a. Well first, they went and got their friend.

The assembly in the home listening to Jesus. That’s a picture of the church gathered together.

Now the paralytic is a great symbol of a person lost in this sin-sick world.

There will be a job to do that will help, and it’s a job we CAN do.

What is it about their life that makes it impossible for them to get to Jesus on their own?

They cut a hole in the roof of the house where Jesus was staying. 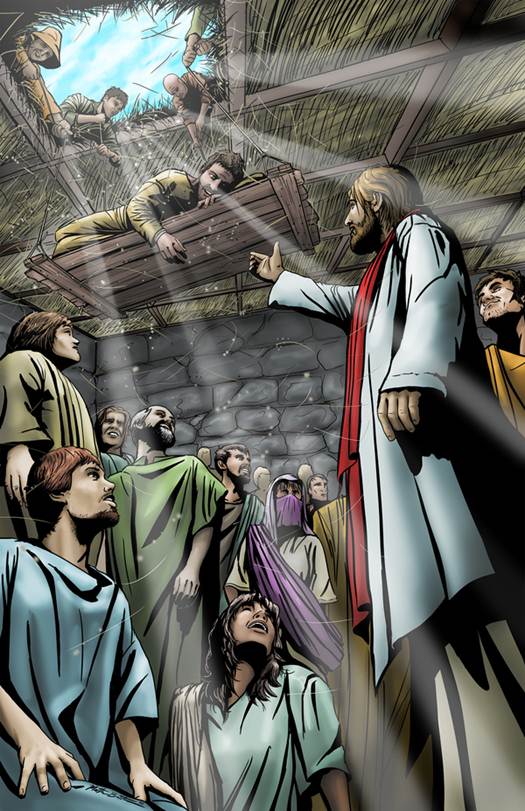 The house where Jesus was staying was a picture of the trappings of church, that some made out to be more important than it really is.

Sometimes, you gotta poke a hole in the roof of conventional Christianity so a friend can see Jesus!

2. These four friends were CREATIVE.

a. Don’t take no for an answer.

There’s more than one way to get a man into a building!

Once you’re committed to the task, go with the flow, because the Lord will take it from there!!!

b. Do something no one else thought of.

What’s the craziest thing you ever did to try to give somebody the message of the Gospel?

You might have to risk being called foolish or even crazy sometimes in order to get a friend to listen to the truth about Jesus.

Jesus has been with them the whole time.

He used the paralytic’s useless legs to deliver that message of forgiveness in a most convincing and unforgettable way.