A word I heard a lot last week is the word “totality”.  Here is one definition:

Last Monday, the United States witnessed its first coast-to-coast solar eclipse in more than 90 years.  It came with a lot of hoopla and much fanfare. 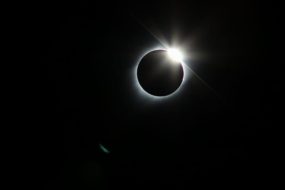 Some of it bordered on the idolatrous as a matter of fact.

Solar eclipses are actually a demonstration of our Lord’s sovereignty, power, and genius.

The Lord Jesus Christ created the sun, the moon and the stars.

The reason that the astronomers could predict totality to the second is because God made the orbits of the earth and the moon with exact precision. and He is faithful to preserve these things for us.

We also have the Lord to thank for the  reliability of  sunrise and sunset, the seasons, the full moons, and the tides.

JER 31:35-36
35 Thus says the Lord,
Who gives the sun for light by day
And the fixed order of the moon and the stars for light by night,
Who stirs up the sea so that its waves roar;
The Lord of hosts is His name:

36 " If this fixed order departs
From before Me," declares the Lord,
"Then the offspring of Israel also will cease
From being a nation before Me forever."

And yet the Lord  was by and large ignored in the celebrations and testimonies  around our country.

What we saw instead was a mixed bag of  sun worship, praise of science, and astrology!

But don’t get me wrong: I really enjoyed the solar eclipse, even here in South Florida when it only reached 80%.   I watched some of the coverage on TV, saw the NASA images, and even made a makeshift viewer  consisting of a box, white paper, and a pinpricked foil through which the image of the eclipse was projected onto the white paper. 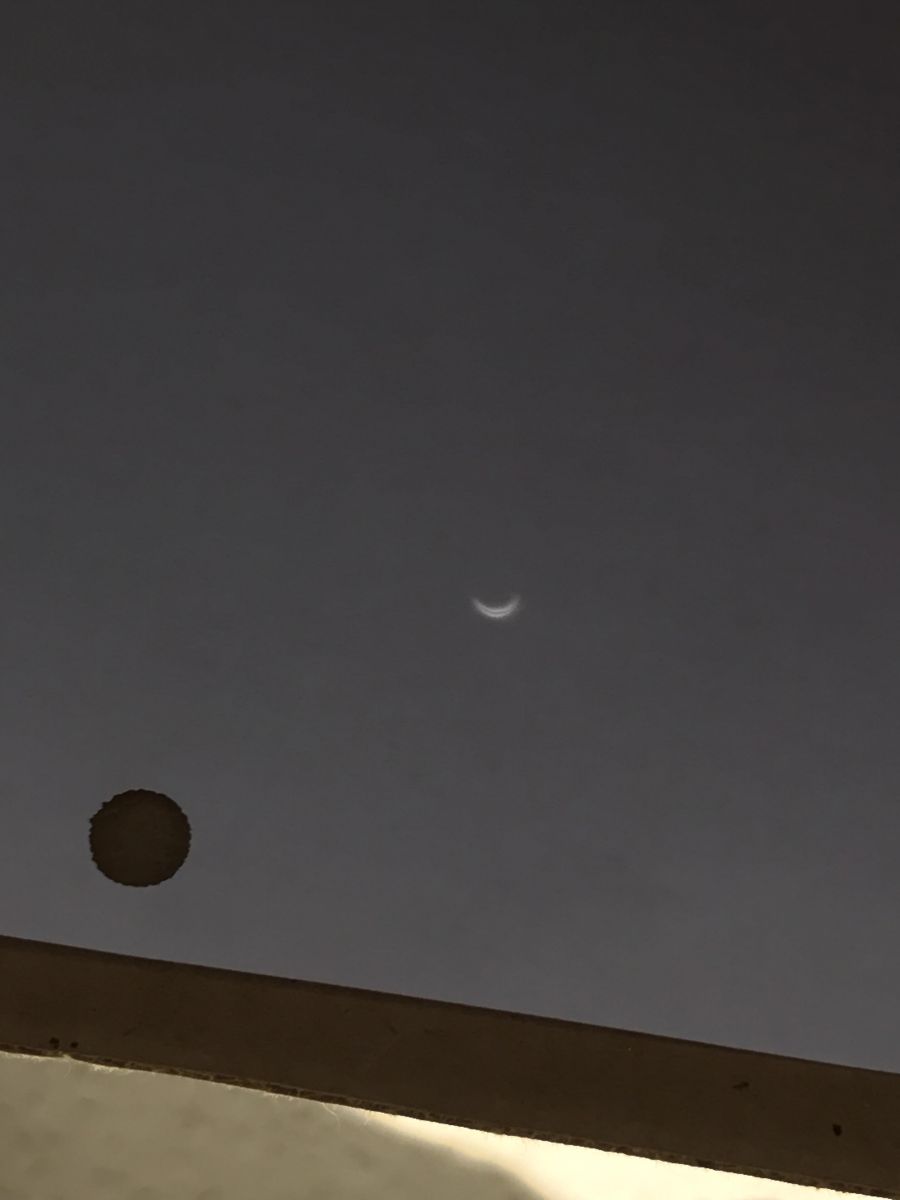 I shared the experience with my son, and we talked about how amazing and intricate the Lord Jesus Christ is in creating and upholding the universe.

COL 1:15-17
15  He is the image of the invisible God, the firstborn of all creation. 16 For by Him all things were created, both in the heavens and on earth, visible and invisible, whether thrones or dominions or rulers or authorities —  all things have been created through Him and for Him. 17 He is before all things, and in Him all things hold together

But people exaggerated the significance of this natural phenomenon.

Some spoke of how the eclipse will enable a fresh start for planet earth!

You think I’m kidding? Get this:  a group of sun worshippers took off all their clothes to witness the event!

Astrologers were coming out of the woodwork to tout the significance of the horrorscope for this day.  (That’s not a typo; that’s what I call it)

Some called it a mystical experience.

Here’s what a 73 - year-old lady from Oregon said about the “diamond ring”.

“ It was a very primal experience, it really was.  I’ve seen other magnificent things but there is nothing, nothing like this.”

With all respect, I have to disagree with that. I read more magnificent things every day when I open up my Bible.

And here’s what another person said about the diamond ring:

“That silvery ring is so hypnotic and mesmerizing, it does remind you  of wizardry, or like magic.”

This is the diamond ring by the way. 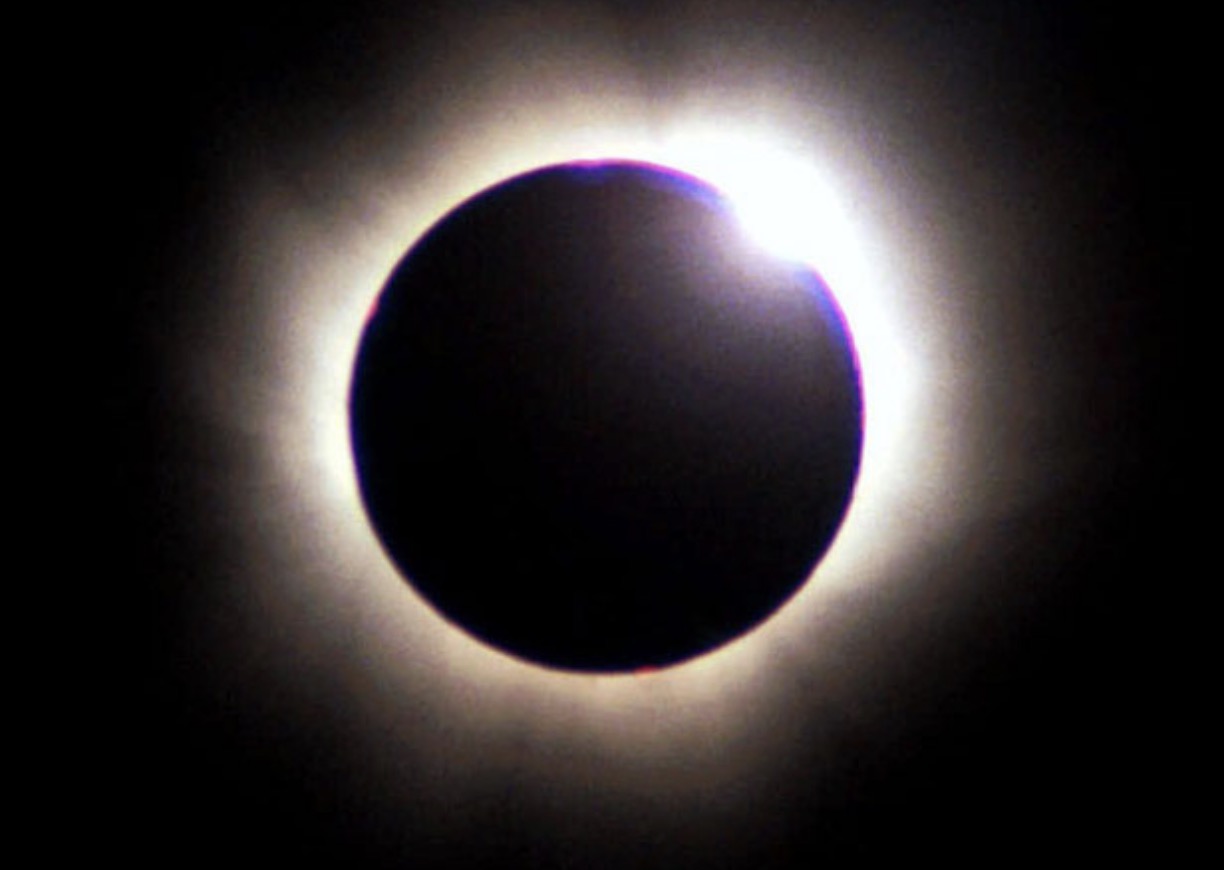 And the word people kept reciting in reverential terms was - TOTALITY.

Which got me thinking….

The three minutes or so when in a total solar eclipse the shadow of the moon completely covers the sun is called “totality”.

But you see, totality has a second meaning:

This is the definition I want to talk about for the rest of this blog.

Because when I read this definition of totality I start thinking about the person and work of our Lord Jesus Christ : who He is, and what He has accomplished.

EPH 1:8-10
In all wisdom and insight 9 He made known to us the mystery of His will, according to His kind intention which He purposed in Him 10 with a view to an administration suitable to the fullness of the times, that is,  the summing up of all things in Christ, things in the heavens and things on the earth.

COL 1:17-20
17 He is before all things, and in Him all things hold together. 18 He is also head of the body, the church; and He is the beginning, the firstborn from the dead, so that He Himself will come to have first place in everything. 19 For it was the Father's good pleasure for all the fullness to dwell in Him, 20 and through Him to reconcile all things to Himself, having made peace through the blood of His cross; through Him, I say,  whether things on earth or things in heaven.

See, as a Christian, this is the totality that deserves our awe and adoration.

For South Florida, zero hour for the eclipse was 2:57 PM.

And for those along the 70 mile band of totality,  that totality lasted somewhere between 1 and 3 minutes.

But in fact, zero hour for the universe occurred when our Lord Jesus Christ died on the cross.

Luke 23:44-46
44  It was now about the sixth hour, and darkness fell over the whole land until the ninth hour, 45  because the sun was obscured; and the veil of the temple was torn in two. 46 And Jesus, crying out with a loud voice, said, "Father, INTO YOUR HANDS I COMMIT MY SPIRIT."

During the three hours when our Lord was suffering on the cross, there was a complete solar eclipse.   Total darkness enveloped the land for 3 hours.  This was a miracle.

There is something else miraculous about this solar eclipse. It occurred at Passover. And the first night of Passover begins on the night of a full moon.  However, solar eclipses can only occur naturally during a new moon! 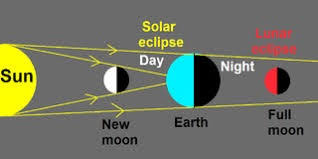 And when our Lord Jesus Christ was about to die, He cried out, “It is finished”.  The Greek word tetelestai means to bring to fulfillment, to bring to an end, to discharge a debt. 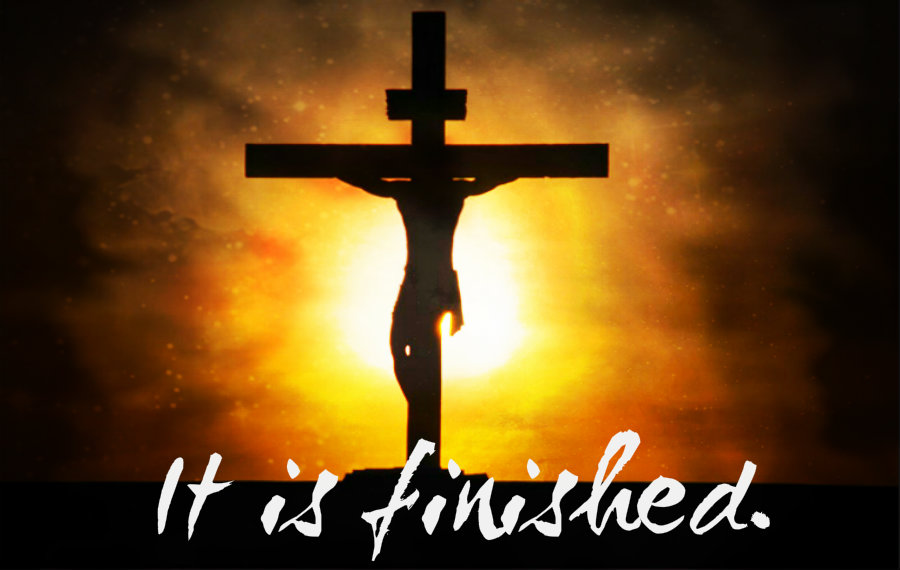 COL 2:13-14
13 When you were dead in your transgressions and the uncircumcision of your flesh, He made you alive together with Him, having forgiven us all our transgressions, 14 having canceled out the certificate of debt consisting of decrees against us, which was hostile to us; and He has taken it out of the way, having nailed it to the cross.

This totality is far more wonderful and awesome than anything the sun and the moon can do!

The governing power of sin and death was finished at the cross!

ROM 8:1-4
1 Therefore there is now no condemnation for those who are in Christ Jesus. 2 For the law of the Spirit of life in Christ Jesus has set you free from the law of sin and of death. 3 For what the Law could not do, weak as it was through the flesh, God did: sending His own Son in the likeness of sinful flesh and as an offering for sin, He condemned sin in the flesh, 4 so that the requirement of the Law might be fulfilled in us, who do not walk according to the flesh but according to the Spirit. 5

The cross of Christ accomplished totality the likes of which no human mind could ever conceive .

The Light of the world was eclipsed at that moment that our Lord died on the cross. He was buried.    And that eclipse lasted for 3 days and 3 nights.

And then the Light reappeared, and the brilliance that emanated from the empty tomb has lit the way for mankind ever since. 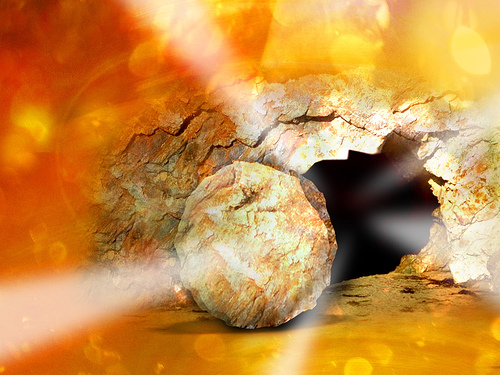 9 There was the true Light which, coming into the world, enlightens every man.

Our old man Adam was crucified with Christ, in order that our body of sin might be put out of business.

And our trespasses and sins were eclipsed.  God saw the blood of Christ and was satisfied. He blotted out our sins from His line of sight.  And not for three minutes, but forever.

1 John 4:10
10 In this is love, not that we loved God, but that He loved us and sent His Son to be  the propitiation for our sins.

HEB 9:26
but now once at the consummation of the ages He has been manifested to put away sin by the sacrifice of Himself.

COL 1:13-14
13  For He rescued us from the domain of darkness, and transferred us to the kingdom of His beloved Son, 14  in whom we have redemption, the forgiveness of sins.

In addition,  totality in Christ  means we are seen as totally righteous in God’s eyes because of the death and resurrection of His Son, our Lord Jesus Christ.

2 Cor 5:21
21 He made Him who knew no sin to be  sin on our behalf, so that we might become the righteousness of God in Him.

God can look straight at us without our sin searing the cornea of His righteousness.

And God has blessed us with every spiritual blessing in the heavenly places.  Not a few blessings, but the totality of blessings - every one!

EPH 1:3-4
3  Blessed be the God and Father of our Lord Jesus Christ, who has blessed us with every spiritual blessing in the heavenly places in Christ, 4 just as He chose us in Him before the foundation of the world, that we would be holy and blameless before Him in love.

Totality is fullness, and oh, what a fullness we have in Christ.

EPH 3:14-21
14 For this reason I bow my knees before the Father, 15 from whom every family in heaven and on earth derives its name, 16 that He would grant you, according to the riches of His glory, to be strengthened with power through His Spirit in the inner man, 17 so that Christ may dwell in your hearts through faith; and that you, being rooted and grounded in love, 18 may be able to comprehend with all the saints what is the breadth and length and height and depth, 19 and to know the love of Christ which surpasses knowledge, that you may be filled up to all the fullness of God.

20  Now to Him who is able to do far more abundantly beyond all that we ask or think, according to the power that works within us, 21  to Him be the glory in the church and in Christ Jesus to all generations forever and ever. Amen.

To Him be the glory.